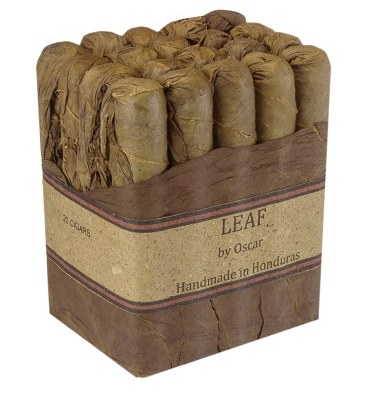 The cold draw of the Sumatra serves up a rich robust coffee note with some elements of grass and earth. The aroma off the unlit foot is earthy with a hint of wood notes. The initial light of the cigar has a subtle pepper note that is noticeable through the nose, and the initial notes are woodsy with hints of citrus.

Kicking back with my Leaf by Oscar Sumatra the pepper notes develop through the nose while the cigar looses the citrus notes. As the first third come to a close a chocolate note joins the mix with a hint of coffee developing.

The second third sees the pepper continue through the nose that has a hint of wasabi to it making it oh so flavorful. The chocolate begins to fade and the coffee takes over as the dominant note. A few times off the aroma of the cigar the chocolate made a cameo just before we transitioned into the home stretch.

The last third sees to pepper remain constant though the element of wasabi is no longer present. There is still some coffee notes that border on a strong espresso. Elements of earth come into play as the cigar nears the end.