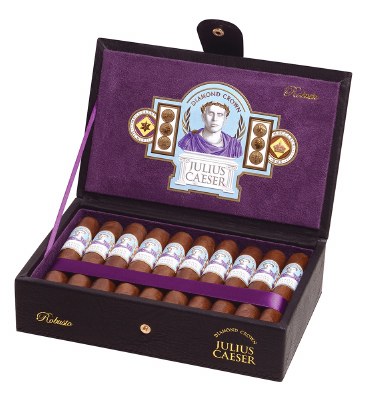 The cold draw of the Julius Caesar has a sweetness to it that borders on butterscotch, and while the foot of the stick is too small to get an aroma from, the wrapper has a slight cedar and nut. As we light the cigar the nut becomes the first note we experience with some coffee that follows.

The first third of the cigar the nut remains as the notes of a bold coffee slowly creep behind chasing down the original taste and eventually surpassing it before we transition to the next segment.

As we enter the second third of the cigar, coffee is the dominant note as some orange citrus like flavors begin to make an appearance. At times they take over but the coffee always returns to the forefront and is the primary taste.

The last third, some of the butterscotch notes experienced on the cold draw make a cameo, but the core of the cigar is true to the original notes of coffee and nuts with just a hint of cedar to close out the stick.