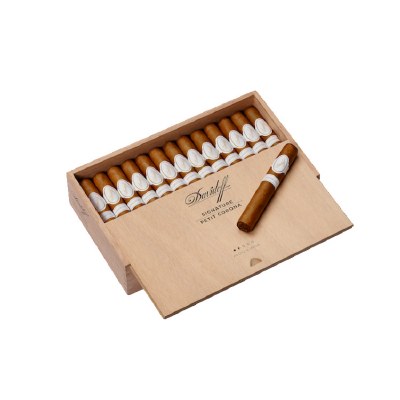 For me the one common dominator on most things Davidoff are the cold draw notes that are reminiscent of a barnyard. There are notes of hay, wood, and earth. The aroma off the foot and wrapper mimic these nuances as well.

Once the cigar is lit the Iconic Refinement known as Davidoff is on full display. There are notes of honey, earth, cedar and licorice all mingling together on the palate and retrohale only enhances things which is really important to get the full nuances of this cigar.

Moving on to the second third of the cigar the licorice notes become dominant and every now and then thee are some subtle hints of molasses. Until the half way point cedar remains in the background until they slide up to the front becoming the core note of the cigar. The retrohale of the Signature begins to provide a touch of pepper as well.

On the last third the cigar picks up notes of heavy earth with hints of hay and wheat. There is some cedar on the long finish while the aroma of the cigar is woodsy, the retrohale is a touch spicy to round things out.