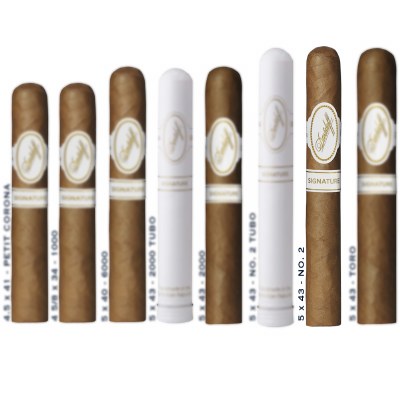 The aroma off the wrapper smells like melting butter in the skillet while the foot of the cigar has a slight hint of that classic barnyard that is synonymous with Henke Kelner and Davidoff. The cold draw of the cigar is earthy with a slightly floral note.

The initial notes when lit has elements of grass and hay. The notes are predominantly earthy with elements of oak. There is a subtle spice that at times wants to break the cigar into the medium range, but the cigar remains mild.

In the second third of the cigar some hints of cinnamon makes an appearance alongside some coffee notes that are slightly bitter. The earthy notes remain the base for the cigar that is definitively Davidoff.

In the last third some gentle hints of cinnamon develop over continued base notes of earth and grass. Through the nose the cigar develops a subtle spice, with some wood on the finish.