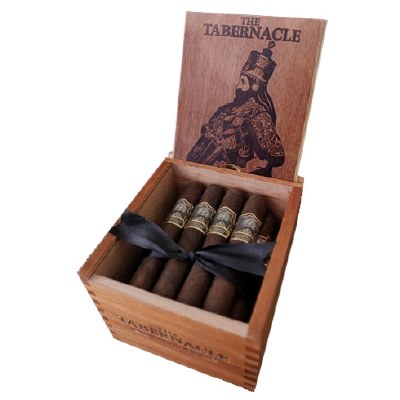 Prior to lighting up the cigar has a rich sweetness off the wrapper and nose of the cigar with a touch of leather as well. Those aromas transition to the cold draw which also has some earthy elements of tobacco.

In the second third of the cigar the dried fruits transition to a note of fig but it is beginning to be overpowered by the leather note that slowly begins to balance out. The retrohale of the cigar has some black pepper and sweetness to it creating a well-rounded modern-day cigar.

The last third of the Tabernacle sees the leather note slide to the background as fruit and fig slide to the forefront. The leather remains on the lingering retrohale with a hint of earth and pepper to close things out.