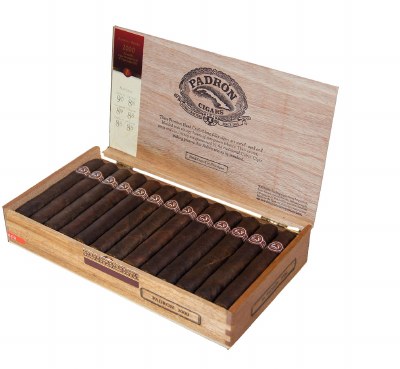 The Padron when cut has a cold draw of molasses, fig and raisins. There is a little bit of each going on, and in fact it reminds me very much of a Fig Newton. The nose off the foot of the cigar mimics that of the cold draw and both are enticing to say the least. Once the cigar is lit, there is a bit of spice that suppresses the sweetness experienced before bringing flame to the cigar.

As we smoke into the first third of the cigar, and the spice of the initial light begins to pull back the sweetness emerges from the cold draw. About 1/4 of an inch in some raisin notes develop before being joined by caramel notes. As the first third comes to the close some wood joins the mix.

As we progress through the second third the wood becomes more dominant with a mix of nuts and some pepper is introduced back into the fold with a touch of raisin on the finish.

Entering the last third, the sweetness of the cold draw is engaged in a battle with wood notes as two fight for dominance with the sweetness winning out on the finish. Caramel, raisins and a hint of fig dance on the palate and linger just long enough to reach satisfaction.