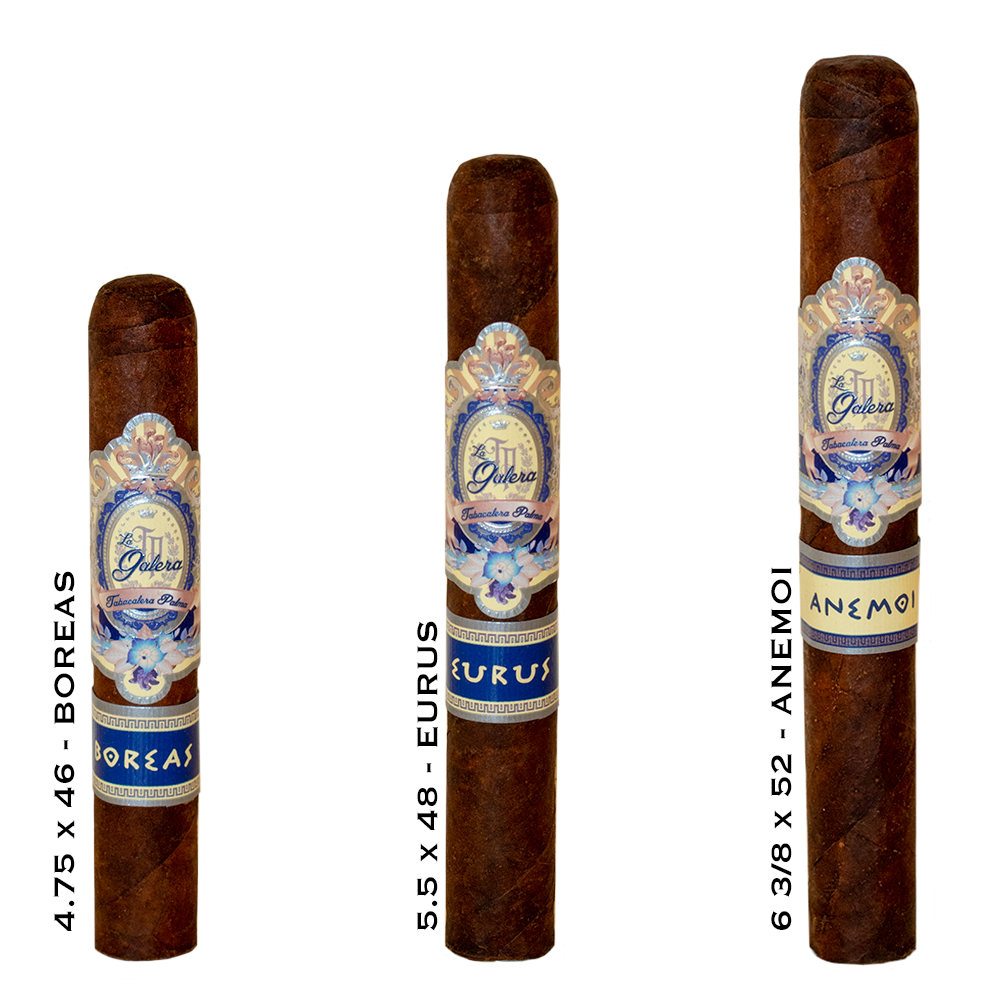 Despite not being thought of as essential, the winds play a vital role in the growing of tobacco. They instruct us, by way of their direction, of the best spaces in which to grow tobacco. The Greeks, geniuses in their own right, also understood the importance of wind. The collective name of their wind gods is Anemoi. The northern wind was named Boreas. The southern wind was christened Notus. The eastern wind was baptized Eurus, and Zephyrus was reserved for the western wind. Each wind’s direction gave the Greeks an idea of whether to expect a good crop or to brace for a bad season. We considered paying our respects to these ubiquitous forces, appropriate. The Dominican Republic is no exception to the influence of these winds.

The cigars are regionally available and with Two Guys Smoke Shop being in the northeast we have:

Boreas (North) - Named after the northern winds in the Dominican Republic that bring water to the Cibao Valley during the fall and winter.
Eurus (East) - Named after the eastern winds which remove the excess humidity and disease from the region, helping the tobacco growth.

In addition to the signature size of the line, Anemoi. 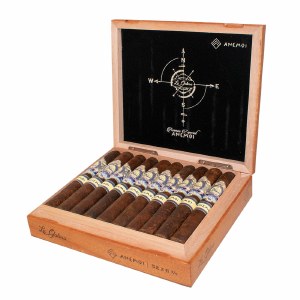 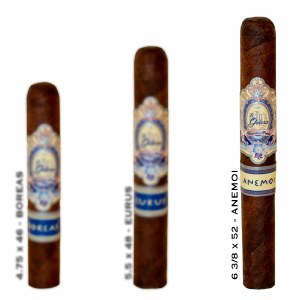 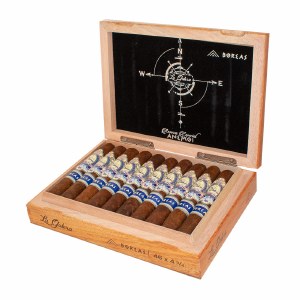 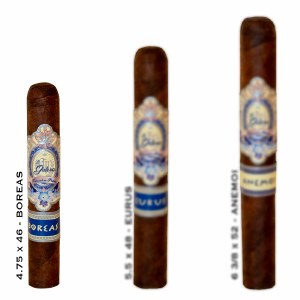 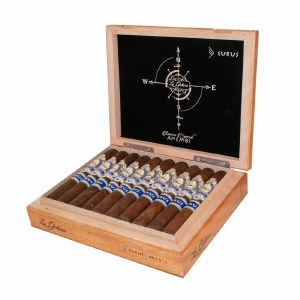 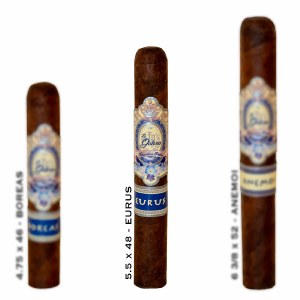