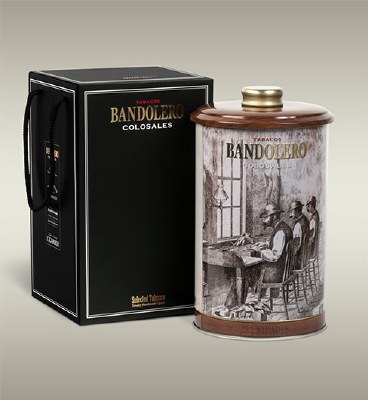 The cold draw of the Bandolero serves up notes of molasses and figs while the nose of the tobacco is an incredible mix of both sweet and sour with a mix of mocha, raisin, and lemon rind. One the cigar is lit there is a bit of citrus present, with some spices that remind me of curry and a faint hint of mocha in the background trying to fight its way through the crown.

As we dive into the first third of the Bandolero the lemon rind becomes more of a citrus like note over a base of earth and hay. Some of the mocha experienced on the first light tries to fight through, teasing the smoker with the defined profile. As we smoke toward the second third the citrus notes begin to fade.

In the second third of the cigar there is a nice spice through the nose with a hint of steak prepared on the rarer side of medium, almost black and blue. The pepper note reminded me of peppercorn, making this seem more like a meal at a top steakhouse than a cigar. The taste is incredibly enjoyable though I could go for a little more complexity.

In the last third of the Bandolero the complexity arrives with the mocha taking hold especially on the finish with subtle hints of red pepper, and earth. Some of the peppercorn notes remain through the nose and I wish I could get into a hammock as I enjoy this masterpiece, especially the last third of the cigar which has an intoxicating aroma of roasted nuts.